Sitting here waiting for the weather to clear is a good time to get right up to date with the blog.  Currently we are at Cinque Terre hoping for our third attempt tomorrow to be a success, the last two (1 week ago and just this morning) being ruled out due to heavy rain and landslides.

Anyway, Chelle covered up to Florence in her last post which is where we decided to put our Cinque Terre trek on hold and instead head south to the Tuscan heartlands.  After a few hours drive we ended up in a little hilltop village called Montalcino.  Seemed a particularly friendly village and we met a bunch of people from Germany, Sweden and, of course, the locals.

A quick overnight, morning jog and midnight adventuring with Abbie and we left the village heading for one of the many natural hot springs in the area.  Along the way, we paid a visit to Bagno Vignoni, a 500 year old village that makes use of the thermal springs and sports a large rectangular ‘bath’ instead of the usual piazza.  Nice spot for a quick cappucino. 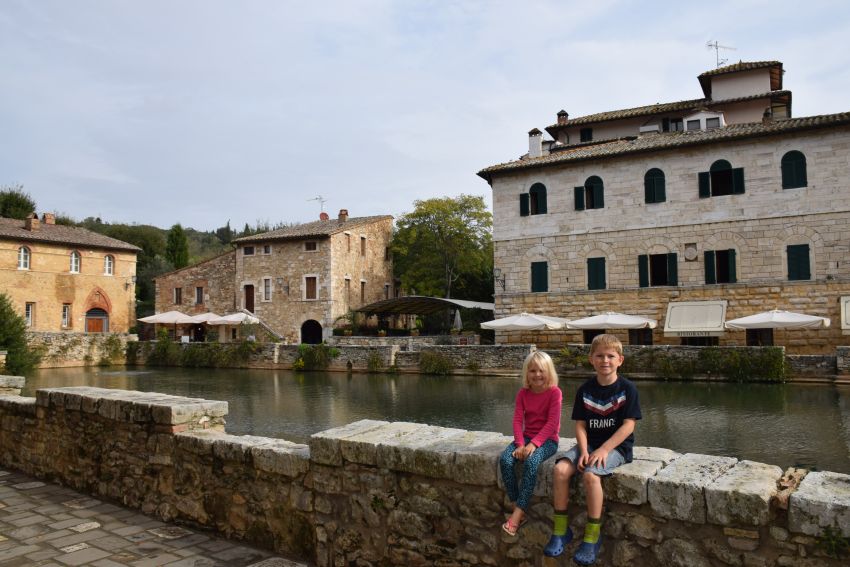 Then it was onto the real springs of San Felippo.  Although we arrived in the morning, we had so much fun we ended up staying the night (albeit parked at quite an angle that even the chocks couldn’t solve)!  Abbie and I had four stints in the pools including another midnight adventure by torchlight. 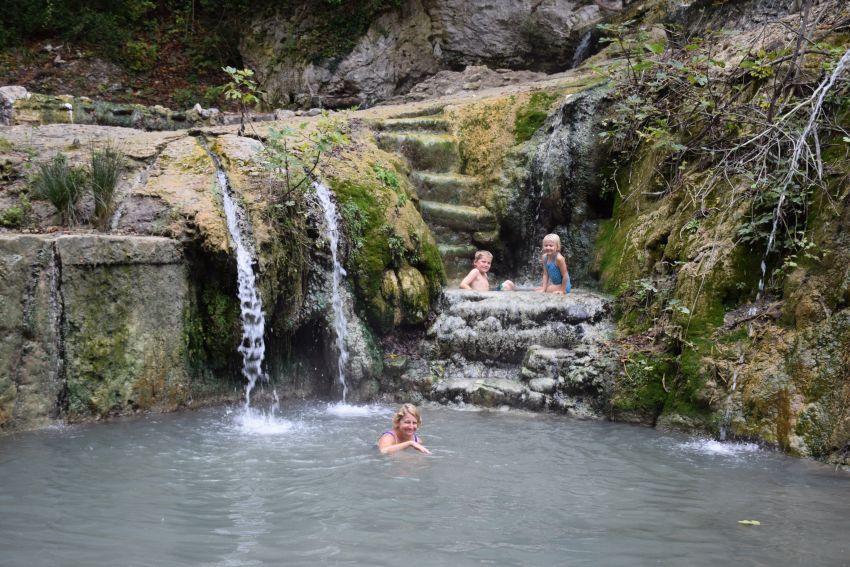 There were about 30 pools all up with varied temperatures, depths, and mineral contents.  I think we tried them all!  It was uncrowded and we always had each pool to ourselves, sometimes the whole system! 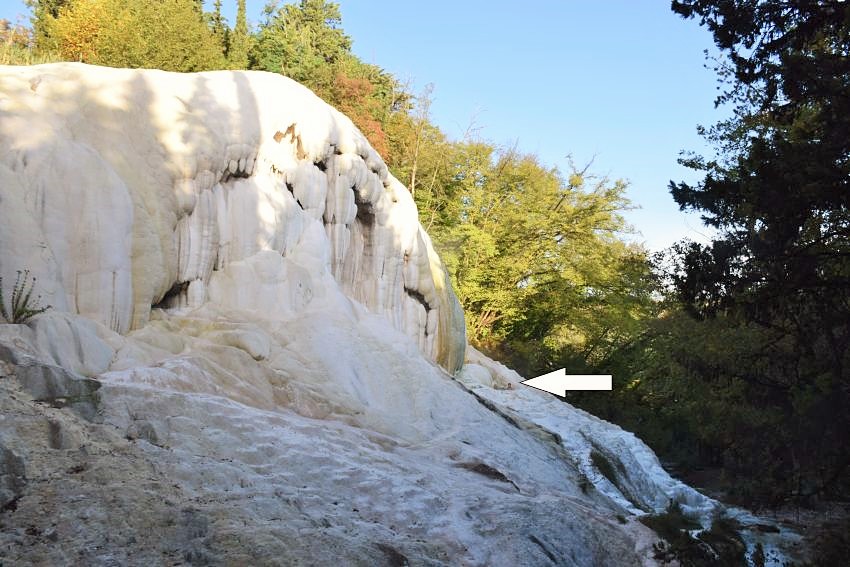 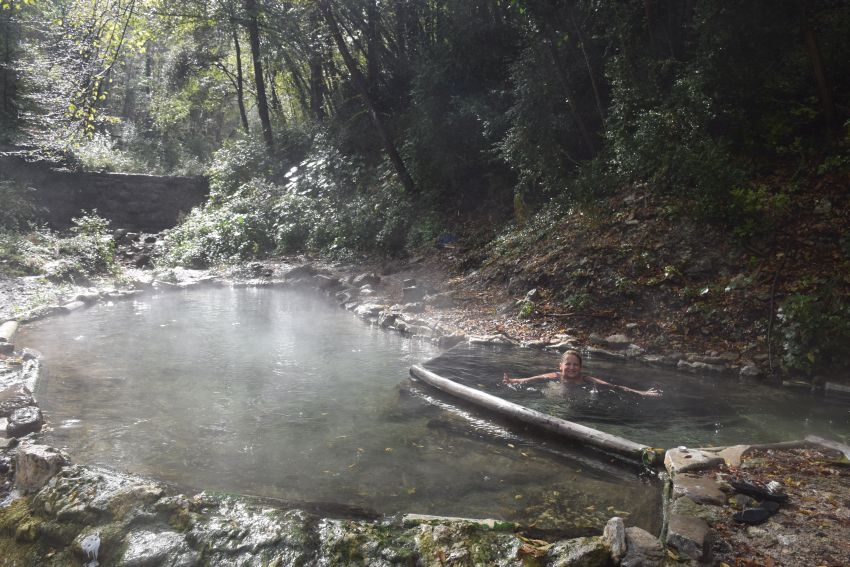 Sunshine after the storm

After a relaxing time in the pools, it was time to start to think about heading north again so we arrived at the relatively major town of Siena the next afternoon. 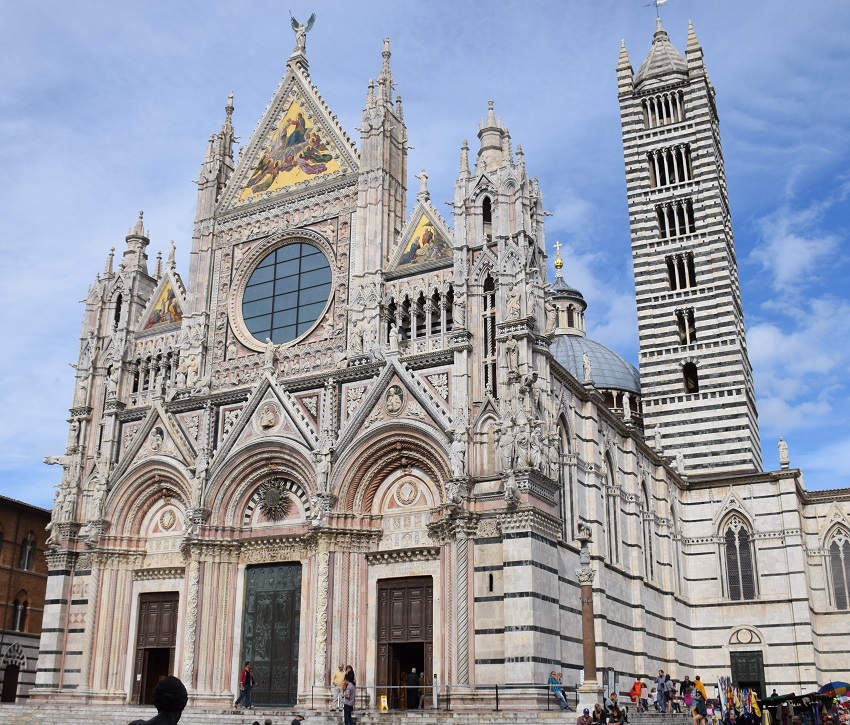 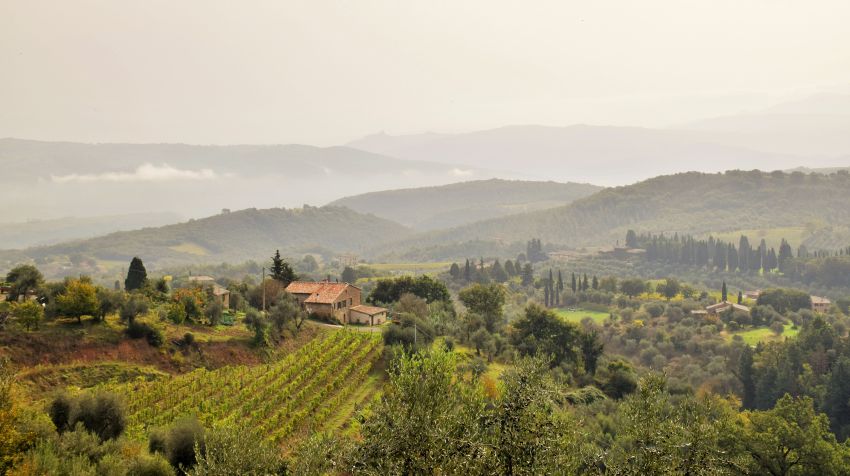 On the way to Siena

We had a good wander round the main Piazza and the tiny alleyways all over the city.  It was also there where we found the severed head of St Catherine, recommended by my latest, weird travel website.  Unfortunately no pictures.

We then moved onto the town of San Gimignano a major spot on the Tuscan tourist trail.  We weren’t even sure we would stay but whilst trying in vain to find somewhere to park, a guy whizzed out in front of us on a motorbike with a bib on saying ‘Camper Sosta’ and gesticulating for us to follow him.  Bemused but with little option to stop we did until we ended up at a campervan parking place a few kms out of town.  At one stage he started weaving and pulling wheelies as we were following him, which was a bit bizarre.  Anyway, the camperstop was very pricey at 22 euros but we did need to empty & fill and it included the usual stuff and a shuttle bus up the hill so we decided to stay anyway as we very much wanted to see the town next day.  It was the next day that I realised, the crazy bike guy had pulled his stunts as a distraction, just as we were passing a signpost for a regular municipal camperstop, closer and no doubt much cheaper.  Cheeky bugger! 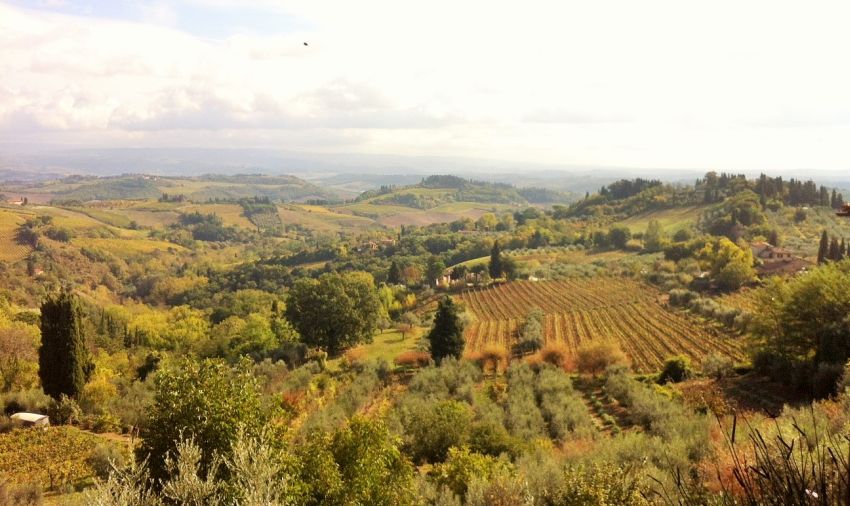 Anyway next day was great weather and we spent a couple of hours in the town.  The kids did a treasure hunt and we picked up a few bits and bobs from the shops.  The town is notably for it’s many towers – 14 of them.  Even more amazing is that it used to have 72!  A gorgeous town and just a shame that there were so many tourists everywhere.

As we were heading off and emptying the loo, we bumped into another couple doing the same.  Despite the French number plates, I spotted an Aussie flag and sure enough we met Graziella and Hector and we had a great chat with them for an hour or so.  Very rare to see other long-termers on the road, especially under 65 and from Australia too so we nattered on as long as we could until departure called.  Unfortunately, they were heading north and we south so may be hard to catch up again but who knows… 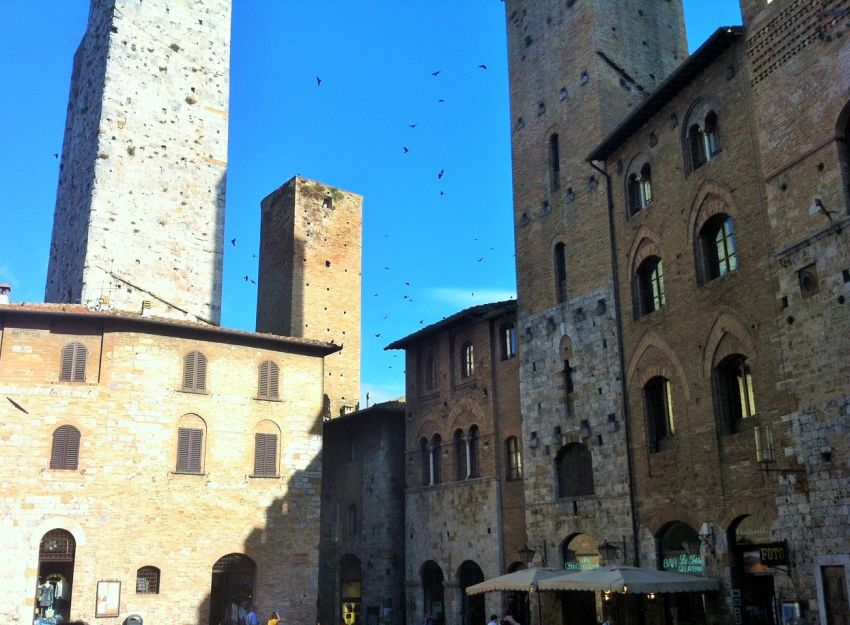 4 Responses to A few days in Tuscany…