We say goodbye to Portugal with plenty of great memories to look back on. Didn’t really know much about Portugal and so had little expectations but we discovered a lovely country with a great mix of history, nature, culture and super-friendly people (can’t count the number of times James and Abbie had their hair ruffled, cheeks tweaked and heads kissed). Since staying at the megalithic site near Evora, we headed once more for the coast and the capital city Lisbon.

We’d hoped to visit the planetarium but unfortunately, when we arrived it was shut. So we popped into the maritime museum next door which we all really enjoyed. Portugal playing a pivotal part in the ‘age of discovery’ was particularly fascinating – just imagining setting off in a ship heading toward the ‘end of the world’ in a time where many people thought ships would just pop off the edge of the planet.

We didn’t stay long in Lisbon (in hindsight we should have spent a full day or two there) but moved on towards Sintra, a world heritage city a few hours away. Here we had a good look around the historic centre and spent a few hours exploring the Quinta de Regaleira gardens. 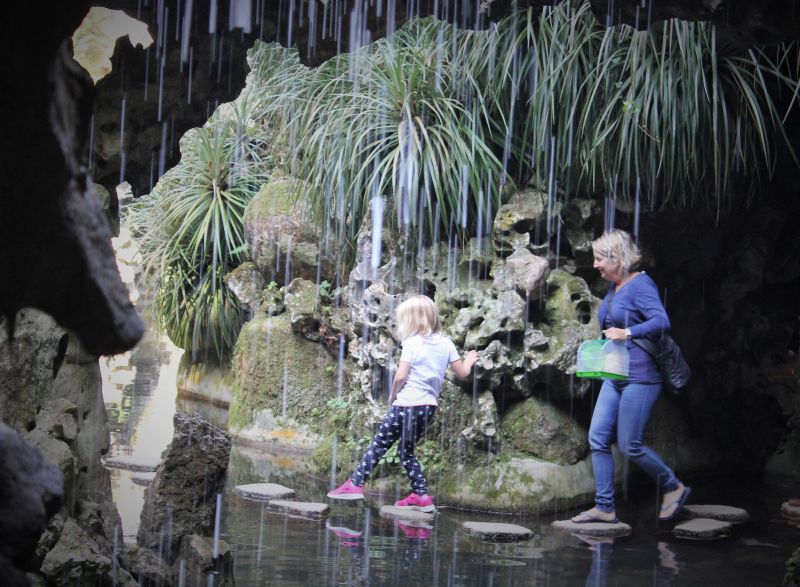 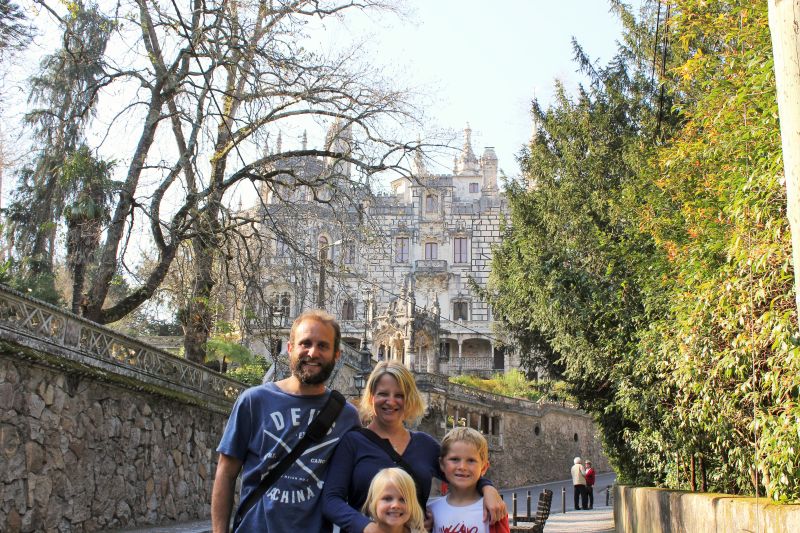 We left later than planned (in fact this seems to be a daily occurrence) and headed back to the coast to look for somewhere to bed down. We cheekily picked a cliff top roundabout in a rather well-to-do neighbourhood and took the chance to visit the excellent local seafood restaurant. Thankfully, we weren’t asked to move on so enjoyed the sunset and sea views through the morning fog.

Next day we were up early and headed to the town of Obidos which is a lovely medieval town well-known for its architecture, cherry port and chocolate. As luck would have it, the town was hosting the 12th International Festival of Chocolate!  What timing and lunch was taken care of in delicious fashion.

We then zigzagged back to the coast to find somewhere to stay. We followed our noses and stumbled upon an aire with a dozen other motorhomes – tucked right behind the sand dunes over which was a deserted beach for our morning jogs. 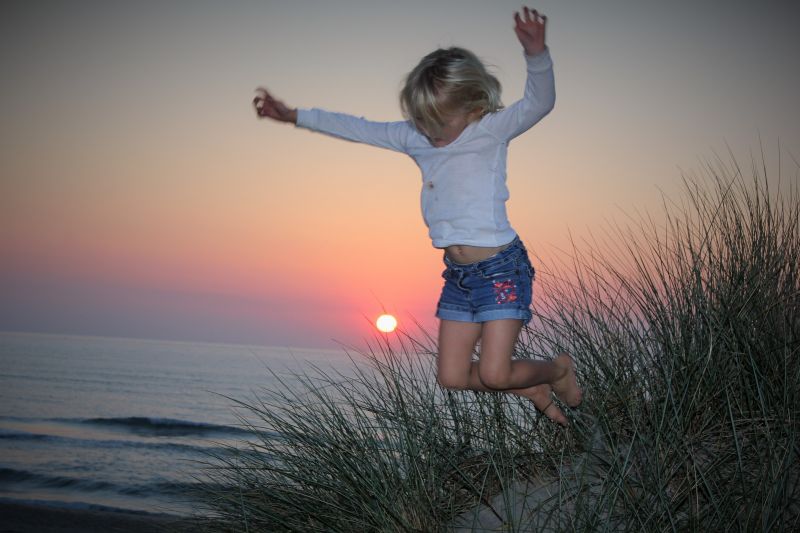 Next day we headed for Porto. Weeks earlier had earmarked a Hymer dealer in Porto who we hoped could fix up a couple of niggly problems including a broken toilet fan and the kitchen tap not working so we treated ourselves, dropped the van off at the dealer and checked into a hotel for the night. Lovely to have so much luxury, space and even a bath! The buffet breakfast was exploited to the max – James had 6 courses! Porto was such a lovely city with a great mix of everything. Buildings, bridges, the river and cool places. 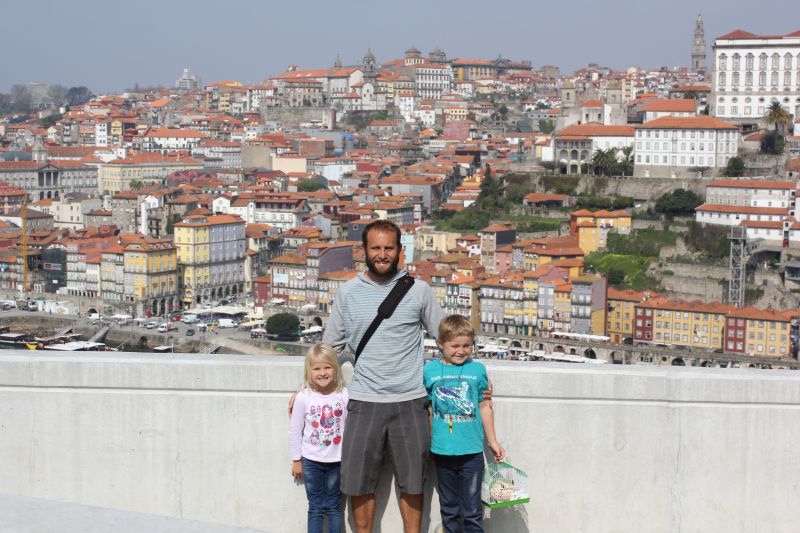 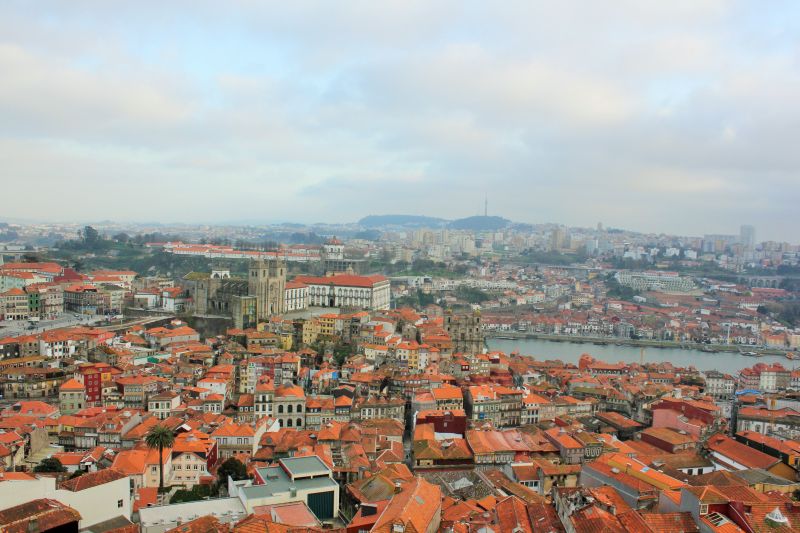 We checked out the ‘Harry Potter Library’ – a beautiful bookshop used in the film, climbed up a tower, walked across the bridge designed by Gustav Eiffel and popped into a tiny bar for a snack. Two and a half hours later we left after multiple tapas plates, a port tasting degustation and having exchanged contact details with our new friends – the bar owner Carlos, a fellow customer Edouardo and 3 lovely Germans – the entire population of the 3-table restaurant! 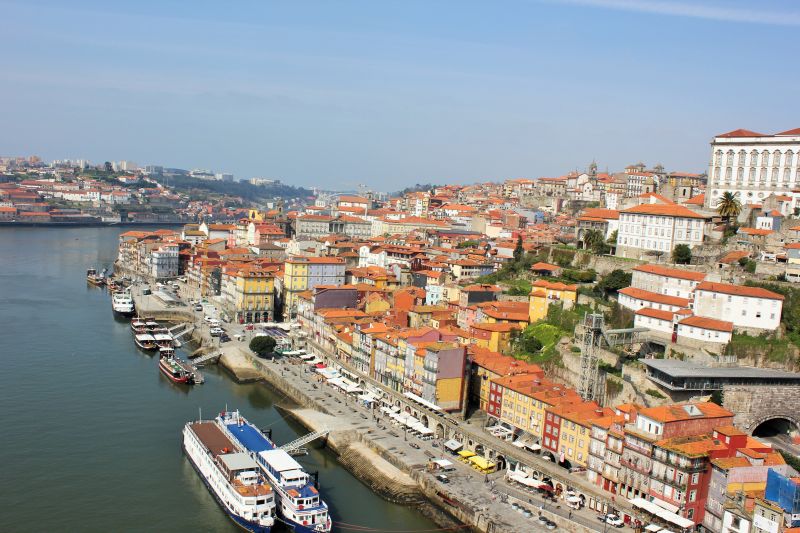 After a night off, we happily returned to Frosty. He’d been mostly fixed up and, importantly, they had installed an inverter which turns 12v into 240v. This means we can plug in ‘normal’ stuff in the van when not hooked up to electricity. The key thing being Chelle’s hairdryer! So now she can dry her hair and we can charge laptops without an electricity hookup which means we can wildcamp indefinitely, thanks also to the solar panels. For our last night in Portugal, we headed for the wilds and, after hair-raising windy roads, found a great spot in the hills on the Spain-Portugal border. 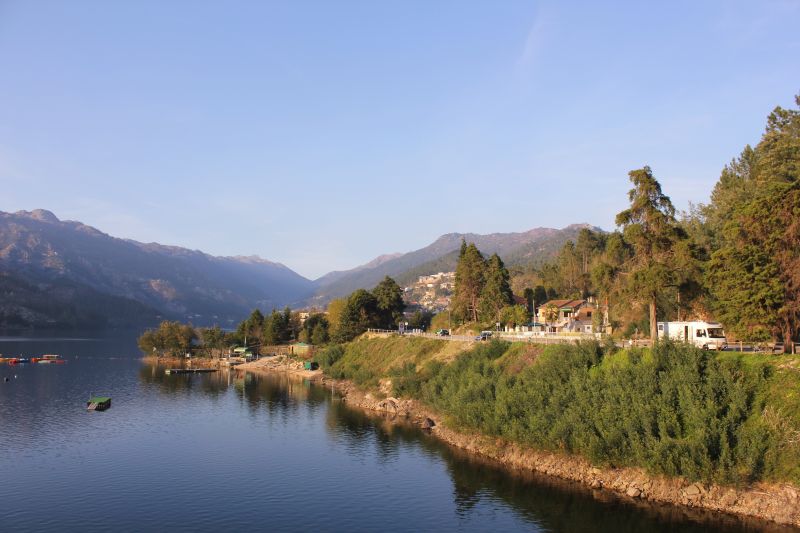 Frosty on RHS – Nice spot for our last night in Portugal