It would have been very rude to be in Bavaria around the end of September and not check out the Oktoberfest. So we made it to Munich in time for the opening weekend of the biggest festival in the world, along with 6 million other people who would make the trip here over the next 16 days.

We were fortunate enough to find a camperstop, purpose-built for the Oktoberfest, which was only a few U-bahn stations away from Theresienwiese, home of the festival. Although this camperstop was designed to hold 600 campervans, we were one of the first to arrive, lucky as there was no other options for campervans in Munich.

On the way here, we stopped off at the Eisbach, which is the well-known ‘permanent wave’ in the Englischer Garten and a popular surfing spot for the locals.  Dave, who had attempted this during our last visit here some months ago, was determined to master this wave, which is somewhat more challenging than that in the normal surf. Unfortunately though, after many failed attempts ( but very funny to the observing family), he admitted defeat, bloodied, bruised and beaten.
The next morning we got up and at ’em to make it to the Oktoberfest, otherwise known to the locals as der Wies’n, in time for the opening parade.  Dave and James were kitted out very smartly in their lederhosen and Abbie was a proper little German princess in her dirndl. I avoided the dress up on the grounds that dirndl were very expensive and not at all flattering to my figure or age! Despite the pouring rain, we entered the festival where we saw lots of different interesting stalls, selling all sorts of goodies, rides for the kids and of course the enormous beer tents.  Soon we were lining the streets in anticipation of the opening parade, during which the brewery companies entered by horse and cart, lead by local brass bands to welcome in the Oktoberfest for 2014. Each cart was beautifully decorated and carried the brewing families who were madly waving at the spectatators. I especially loved the horses who were all dressed up in their finery and I must admit that the music and this spectacle gave me a lump in my throat. Quite an emotional experience.

Officially the Oktoberfest is opened when the Mayor taps the first keg at 12pm and it is not until then that you are allowed to drink beer.  This meant very busy beer tents for the precise hour of 12 and it was impossible to get in!  In fact, who would have thought that it would be so difficult to get a beer at the Oktoberfest? There is no consumption of alcohol allowed anywhere but inside the tents.( which is probably a good thing). But a schnitzel and a beer just had to be had! We therefore ended up going outside of the festival to a local pub, where we quickly found somewhere to sit and met a lovely and very interesting American couple, Bob and Jan, who were living in Holland. In fact, we met quite a few different groups of very friendly Americans over the time we were here….but contrary to reputation, no Aussies, Kiwis or English people! 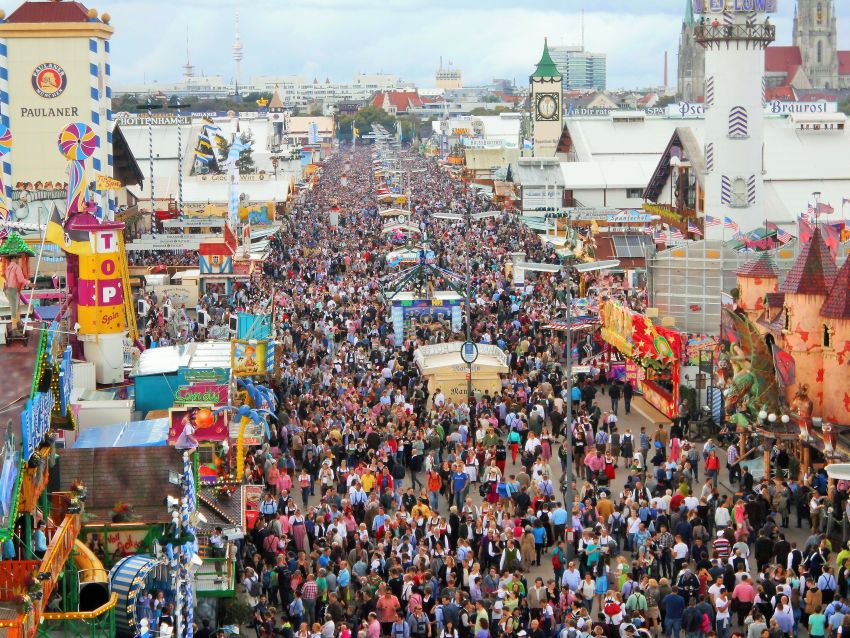 Day 2 proved a much better experience of the festival as it was a lot less frantic, the weather was better and we got into a tent! We decided to check out the Oide Wies’n,  which is the vintage part of the festival and a lot better geared towards families. 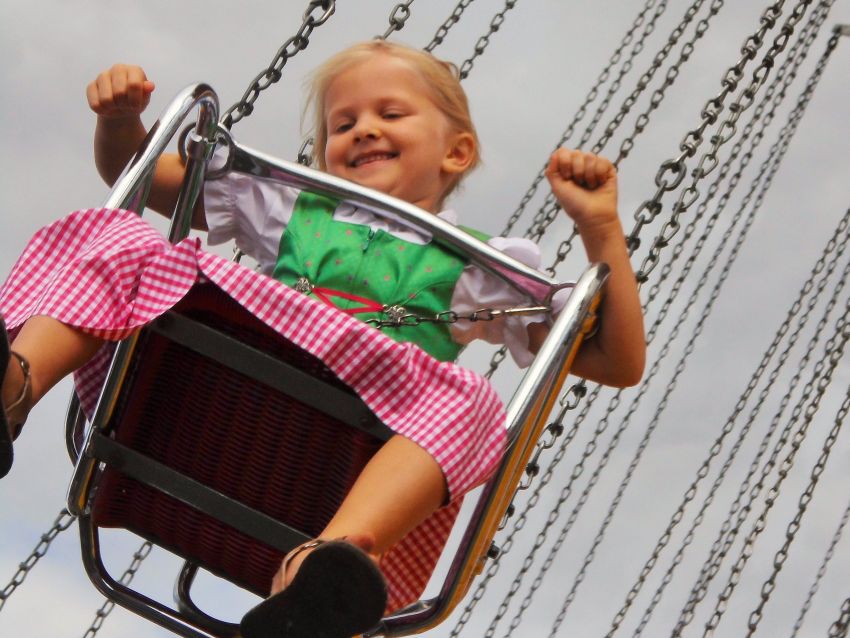 The kids had a few rides and then we entered an Augustinerbräu tent, where we enjoyed a yummy German lunch, a few beers and fabulous entertainment.  It has to be said that the Germans enjoy a good celebration and it is infectious to be a part of. We had a really lovely day. 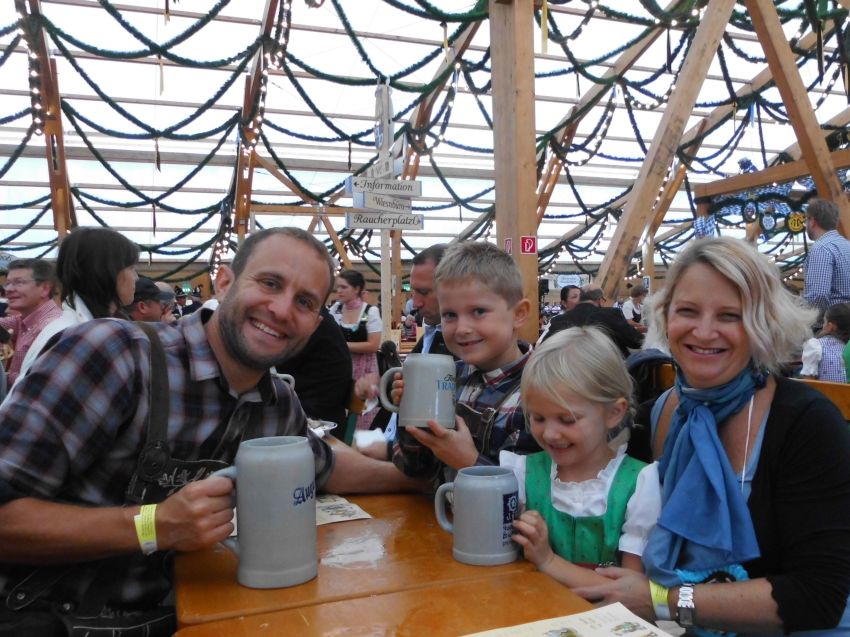 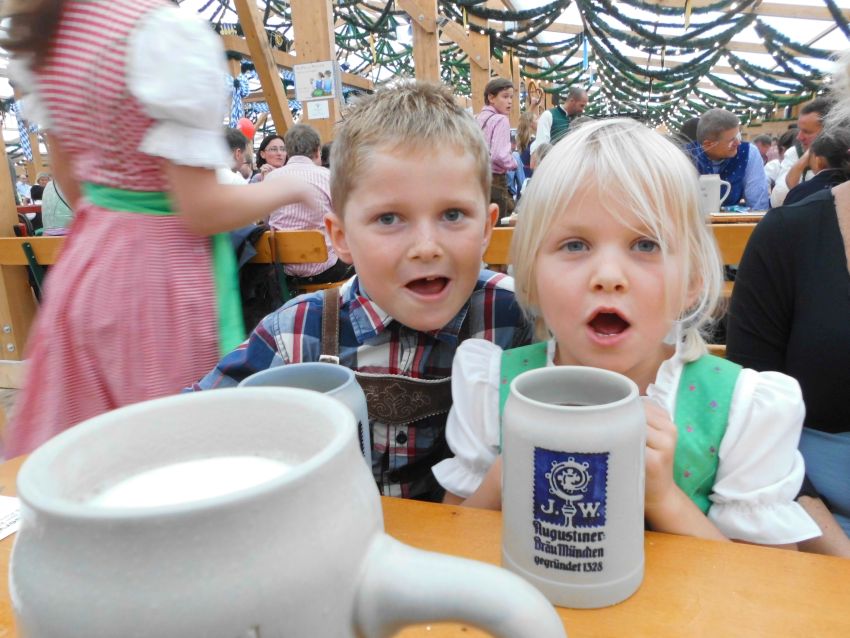 no beer in those Steins, promise!

We decided that a whole weekend at the Oktoberfest was enough and moved on on the Monday, via another attempt at the Eisbach for Dave. His third and final attempt proved very successful and he can now say that he mastered it.  It was wonderful to watch how his perseverence paid off and we were very proud of him. 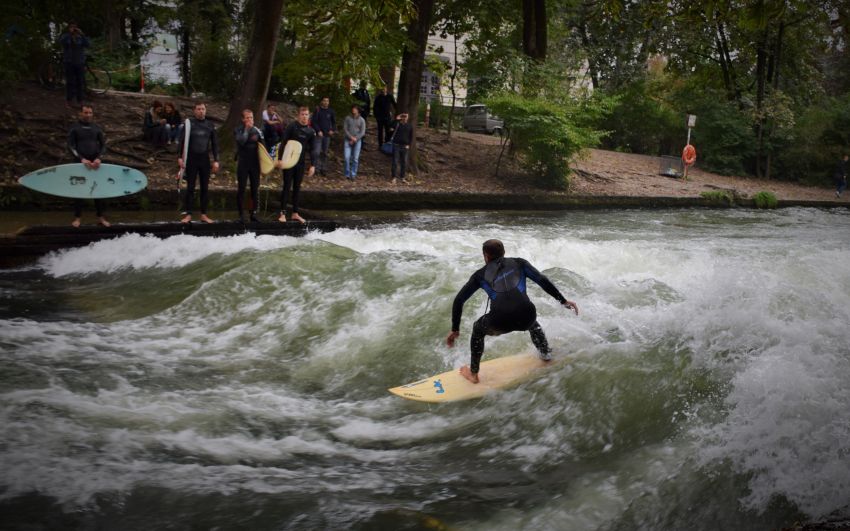 Dave, in his element, at the Eisbach!

Afterwards, we had the good fortune to catch up with an old mate, Craig, with whom Dave lived in Bondi 16 years ago.  He lives in Dublin now and happened to be coming to the Oktoberfest, learning that we were also there through Facebook. So he made contact with us and we ended up having a delightful lunch with him and his mates.  Facebook can be very useful, hey? 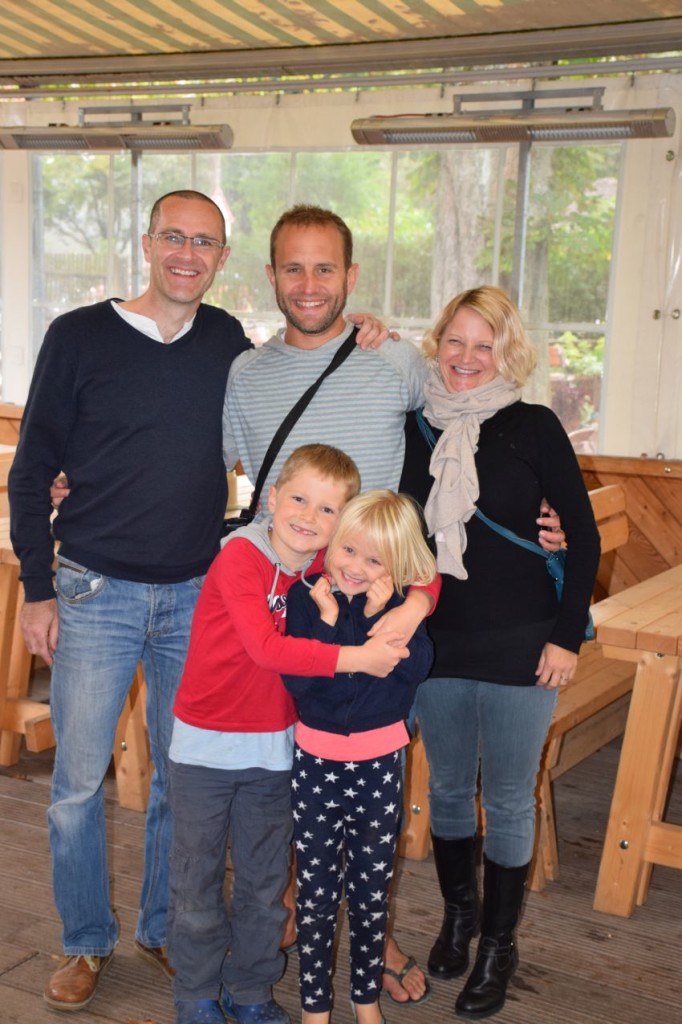 Der Wies’n was well worth a visit.  But to any prospective visitors, we would recommend you avoid the first day, if you fancy a beer and a schnitzel that is!

2 Responses to Munich and der Wies’n