Norway was a late addition to the tour, added thanks to numerous recommendations from campervanners we’ve met over the year. And, so far, so good – it truly is a beautiful country. Our ship docked early on Saturday morning in Bergen, a smallish city on the west coast. We drove off the boat and after a couple of drive-bys through the city centre we found a decent looking spot to spend the next couple of nights, 10 minutes walk from the centre, nestled in amongst a bunch of old wharf buildings. 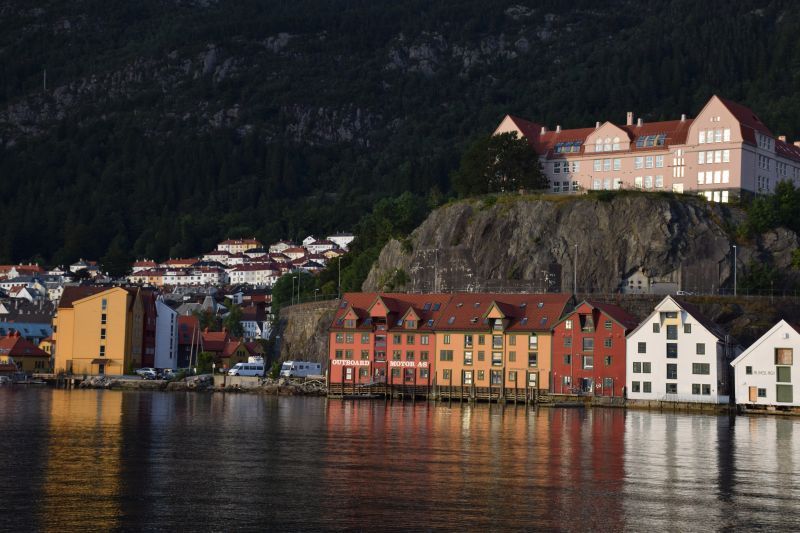 If you look carefully, you can see Frosty nestled in for the night

Was a great spot in the end – lots to see in the harbour and we even caught a bunch of fish out the front.

We headed straight into town to stock up with food at the supermarket and grab some lunch. We ended up, unsurprisingly, at the legendary fishmarkets where supposedly fishermen sell their wares, almost straight off the boat, no frills on paper plates and at good value. However maybe it’s just become too touristy – our fish and chips cost a bomb at 20 euro a piece and was pretty average deep fried stuff. Ah well, nice to eat out anyway and to have some seafood. 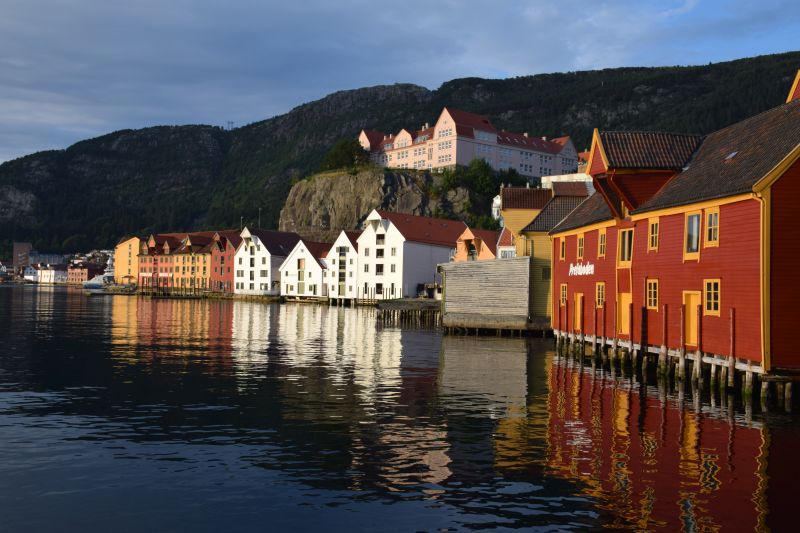 We wandered around the markets and the Bryggen area and, despite it being crowded with tourists (Bergen is a major stop on the cruise ship routes), we really enjoyed the city.

We turned in for the night with warnings of a storm from a local we chatted to. 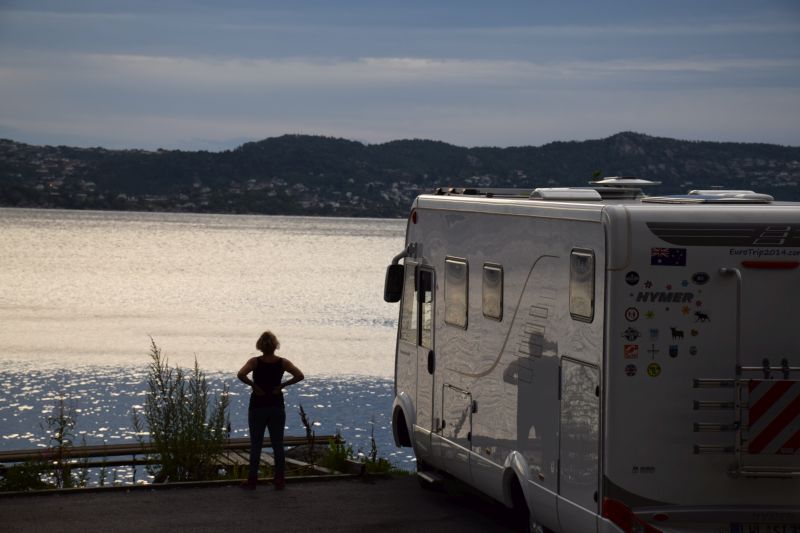 The calm before the storm

Well, sure enough after we’d gone to bed, it blew. It really blew – our waterfront spot copped a buffeting and the van rocked like it was going to topple. But we survived, a little sleep-deprived to a fine morning.

We’d planned a hike and had selected one from the info we’d gotten at the tourist office. It was billed as a 5-6hr Medium/hard hike from the top of a funicular to the top of a cable car. It was pretty windy, but generally stayed fine and was a great success. 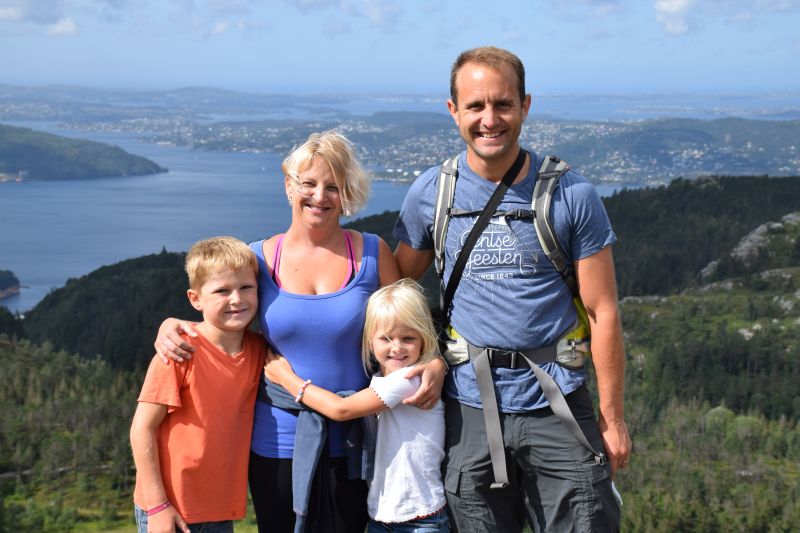 Near the start of the hike 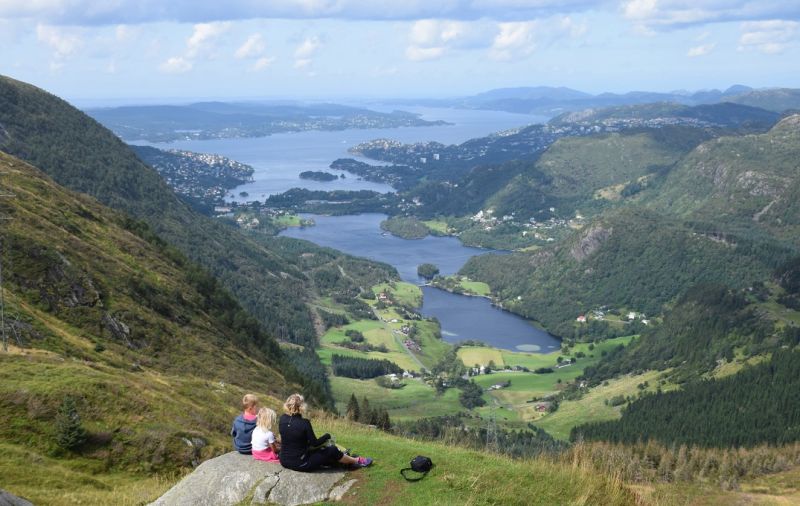 Picnic lunch on the hike 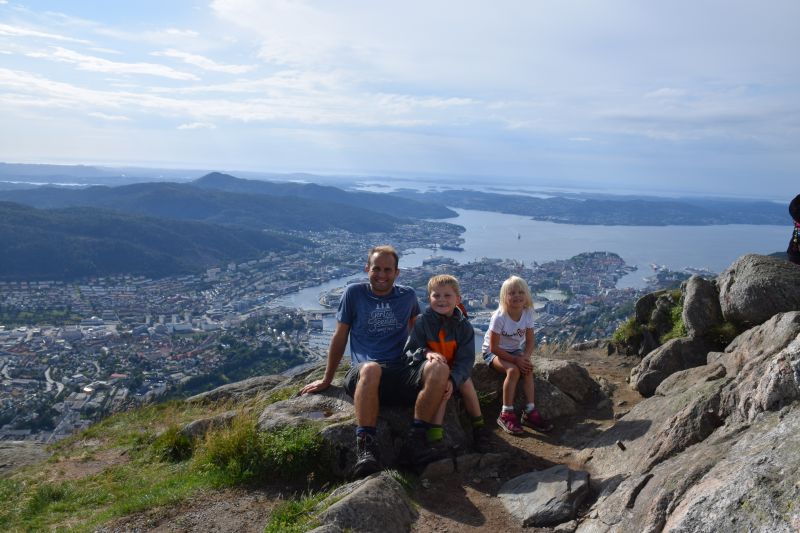 Very proud of the kids and we made the one-way crossing over the ‘Vidden’ in 5 1/4 hrs. Spectacular scenery even without the sunshine and blue skies. We caught the last bus back to Bergen and settled in for a well-earned sleep in Frosty. Next morning, we were keen for some Fjord action so we headed east, taking the ‘tourist route’ alongside Hardanger Fjord.

Pretty soon we were driving along the edge of Hardangerfjorden with stunning scenery at every turn.  And there were a lot of them – turns, that is and on frighteningly narrow roads.  Every so often another campervan or a truck would come the other way and it was a case of slamming on the brakes and inching past or one of us reversing to find a passing spot.  It was white knuckle stuff but after a while, taking plenty of stops, you get used to it.  One altercation with a caravanner’s mirror and one bollard scrape were the only incidents of note on day 1. 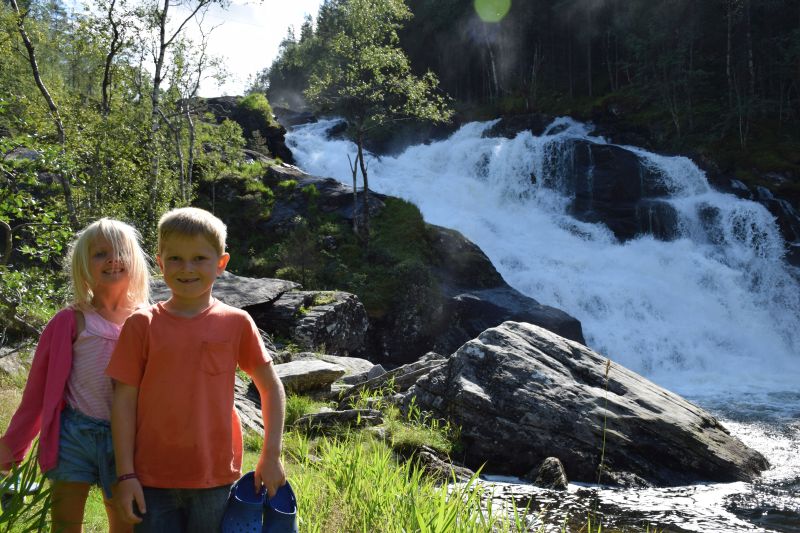 The first of many waterfalls 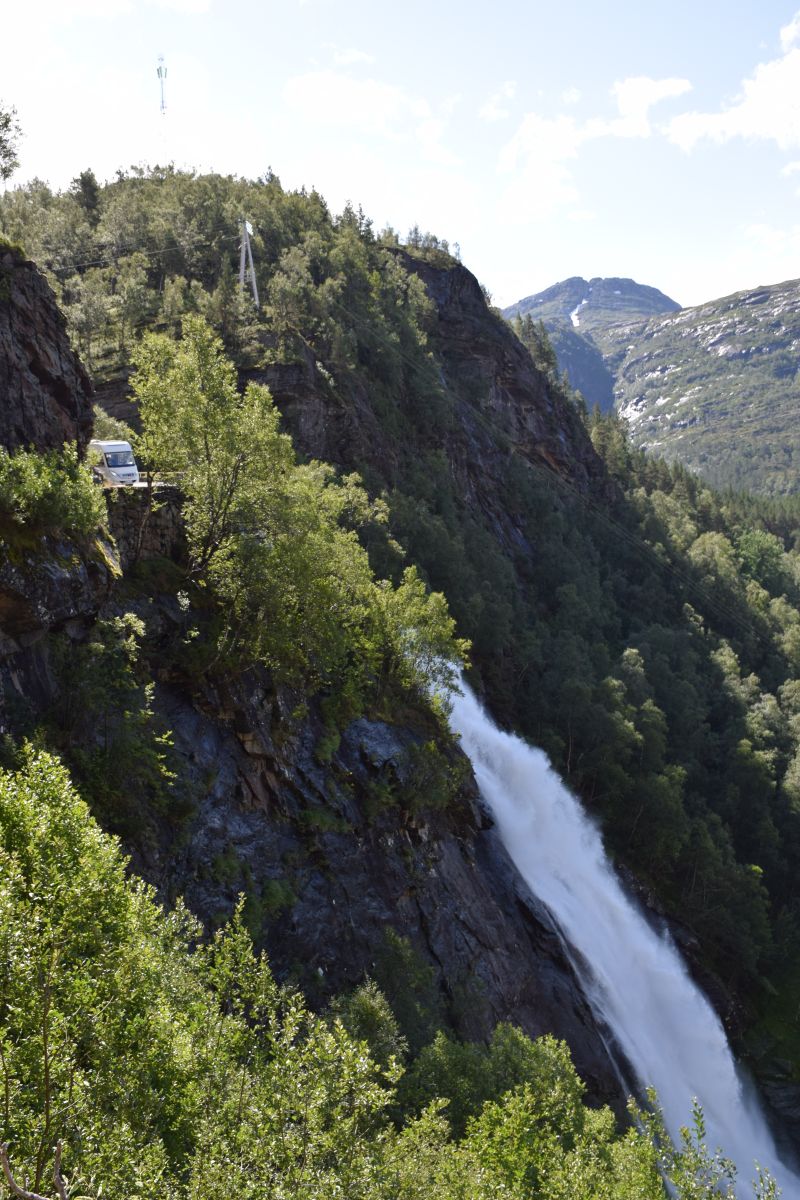 Again, look carefully and you can see Frosty photobombing the tourists’ pics!

We found a perfect place to spend the night at a picnic route just off the ‘main’ road.  Even had toilets and the kids and I braved a swim in the icy fjord and Chelle and I had a nice track for our morning runs. 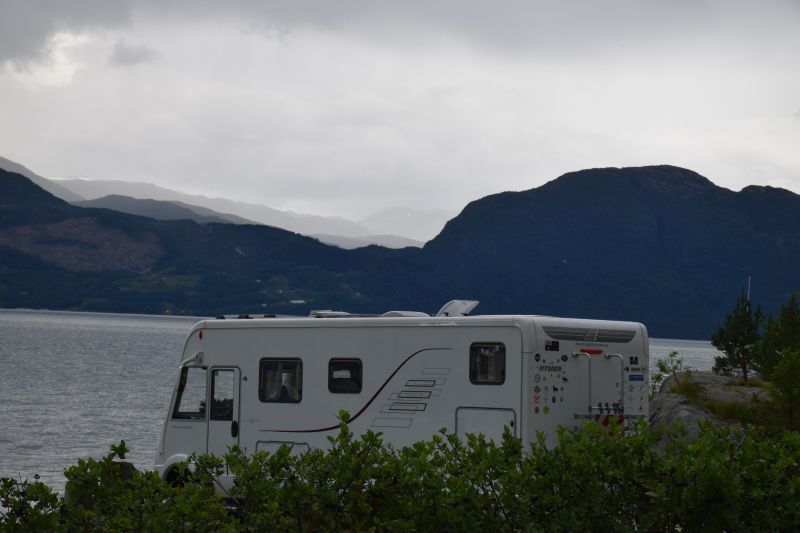 Nice spot to bed down