After the frivolity and excesses of ‘Le Tour’, Bastille Day in Paris and Disneyland, it was time to head North to N0rmandy and soak up some of the incredible history of the events of the Second World War.

We arrived in Arromanches on the Northern coastline of Normandy.  Every other shop and house had a Union Jack flying from the windows – testament to the impact of the war and in particular the role to British played in this particular part of the world. 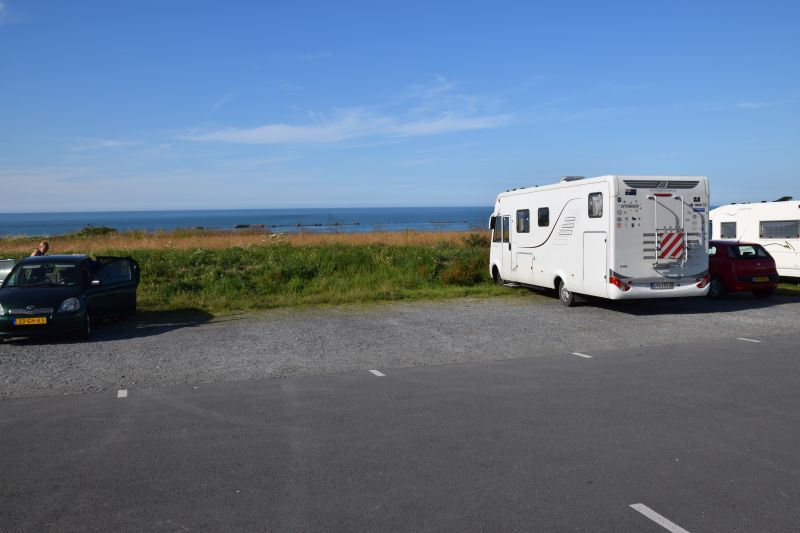 6th June 1944 or D-Day as it is now known was the first day of the Normandy landings when the allies invaded France and, during the subsequent 100 day Normandy battles, pushed back the German line to Paris – the beginning of the end for the Germans.

Arromanches didn’t see quite the brutal bloodshed of nearby landings such as Omaha beach (Saving Private Ryan) but was significant as it was where the majority of the soldiers landed.  In fact some 45,000 troops passed through in a number of days.  The British towed a makeshift harbour over from England consisting of 5-story chunks of concrete which you can still see today. 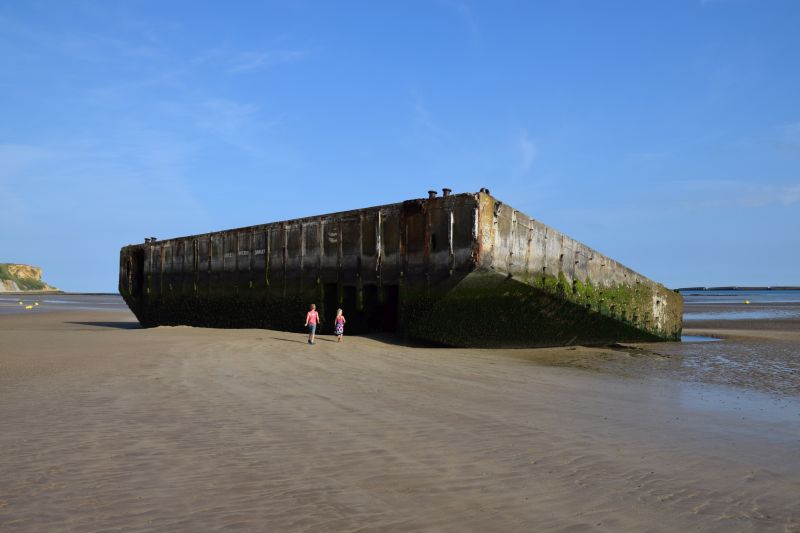 Anyway, enough of the history lesson.  For 6 Euro, we parked up in a spot with a great view at the top of the hill.  Next morning we visited the 360 cinema and experienced an awesome 19 minute show on the history of the 100 day Normandy battles.  A moving mix of archival footage, modern images and sound which left us all with a lasting impression of the events there 70 years ago.

We then headed East following the coast and other beaches where the Allies had landed all those years ago. 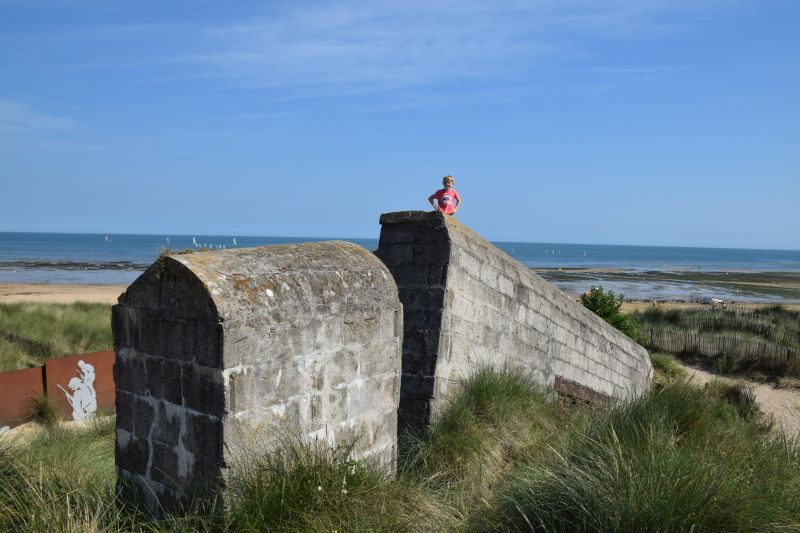 Hankering for fish and chips, we fruitlessly searched Honfleurs for takeaway without success so instead munched a moules-frites and a seafood salad from a local Brasserie 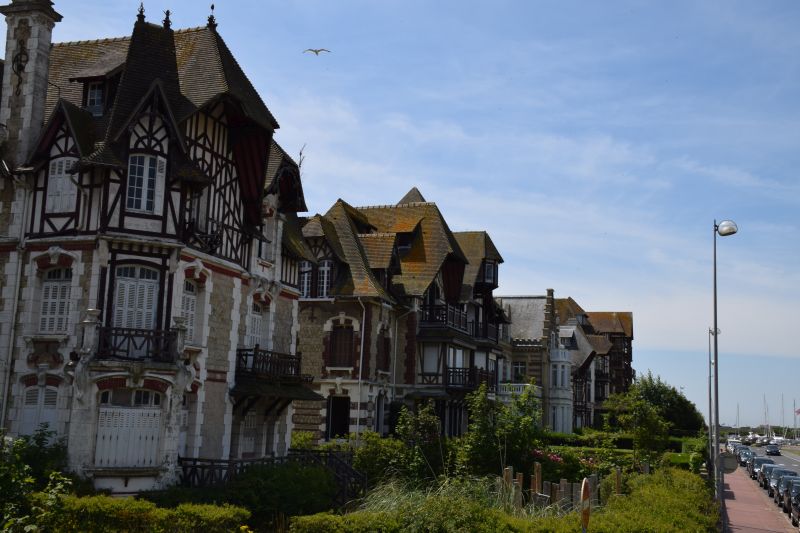 This was a day of hitting the road and sights hard (schoolwork an ever present chore along the way) so we headed in the rough direction of Rouen, seeking out an old ruined abbey in the tiny village of Jumieges that had been recommended and was, indeed, worth the detour. 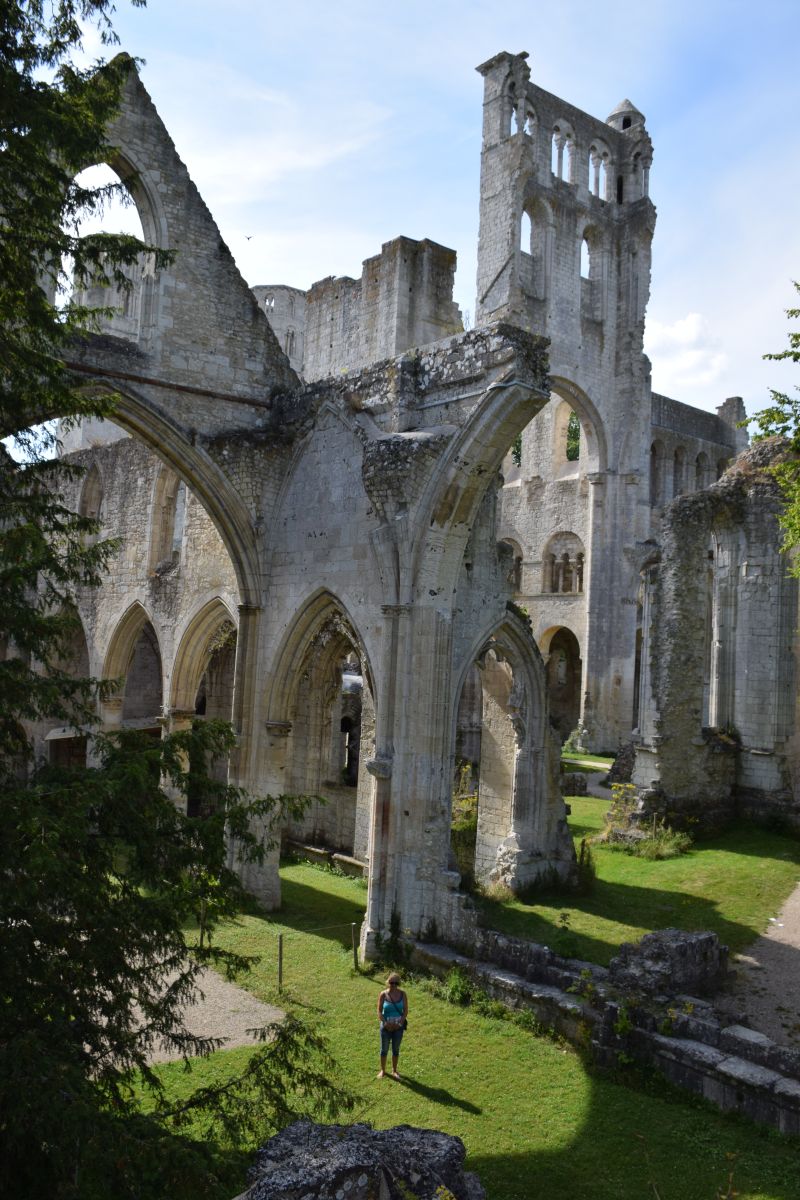 Chelle at the bottom

By then it was getting rather late so we had a squizz at the map for a place to stay.  And lo, our eyes were drawn to the village of Pissy-Poville.  A name too good to resist,  we drove there and parked up in the carpark of the church.  Nice enough place, very much off the tourist track but peaceful and good for a jog the next morning.

Onwards to Rouen – a city we have visited several times before but, again well worth the stop. 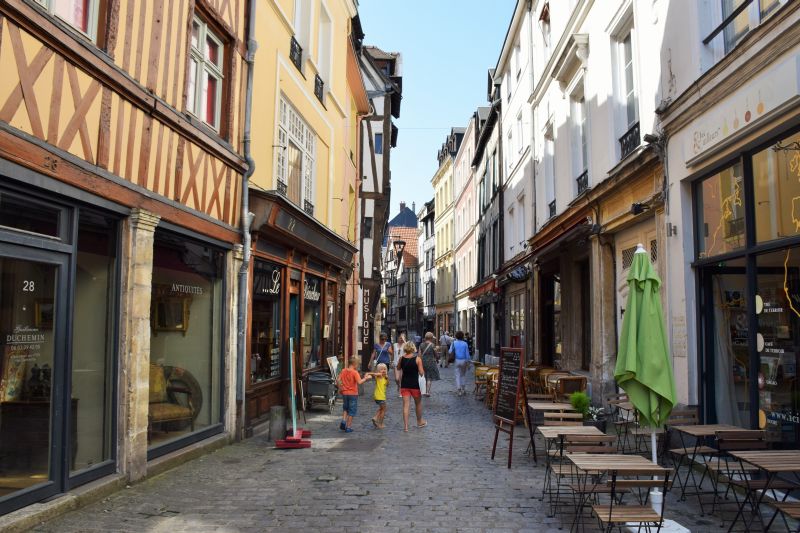 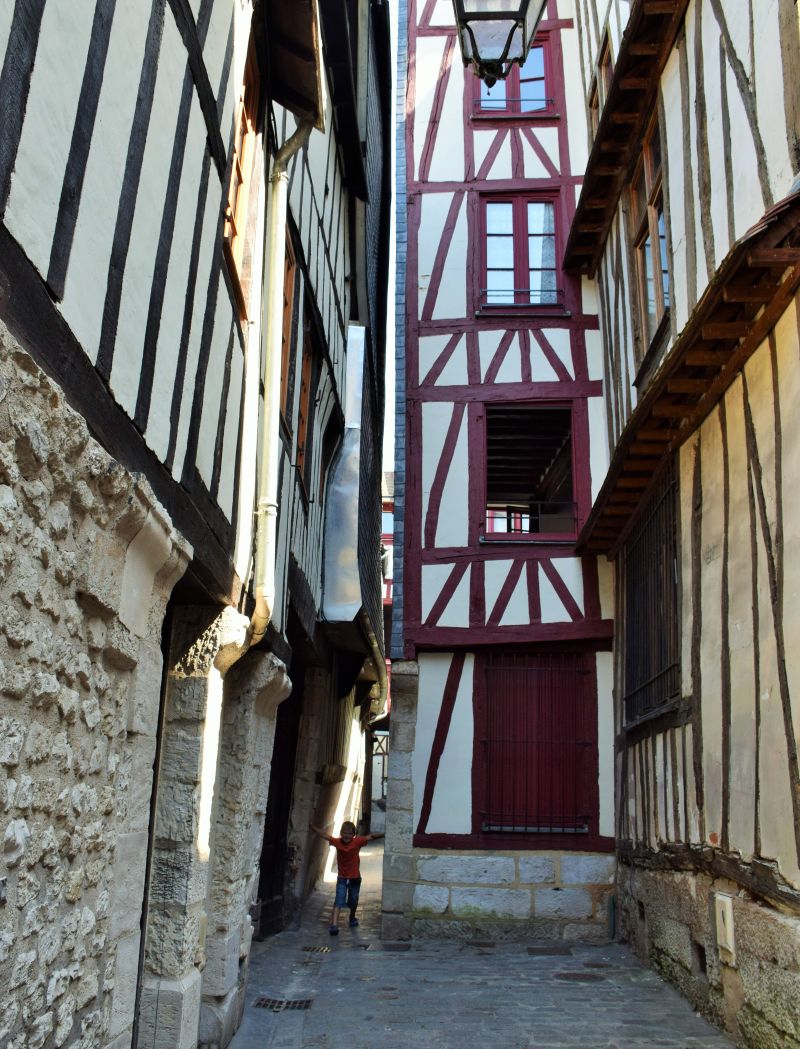 Lovely buildings and interesting shops and we also checked out the spot where Joan of Arc was burnt at the stake in the 15th century aged just 19.

After a quick haircut and lunch in the van, we headed deeper into the Somme and to the little town of Villers-Bretonneaux.  This is a town that has a very close connection to Australia thanks to the AIF’s actions during the first World War. 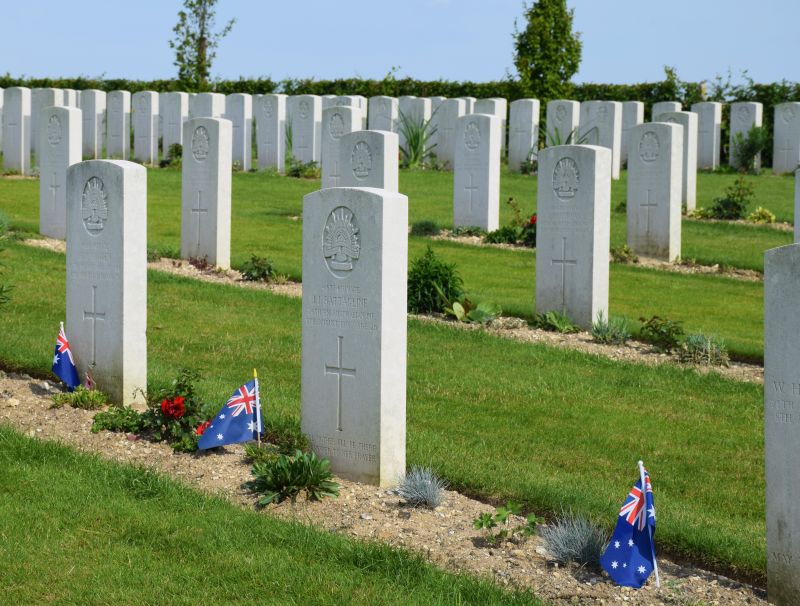 James and Abbie, as part of their schoolwork, have put together an excellent powerpoint on the history of this place which you can check out here – War Project

We were warmly welcomed and spent an evening playing football with the locals and chatting to an Australian colonel and his son in the local bar before turning in in the town hall car park. 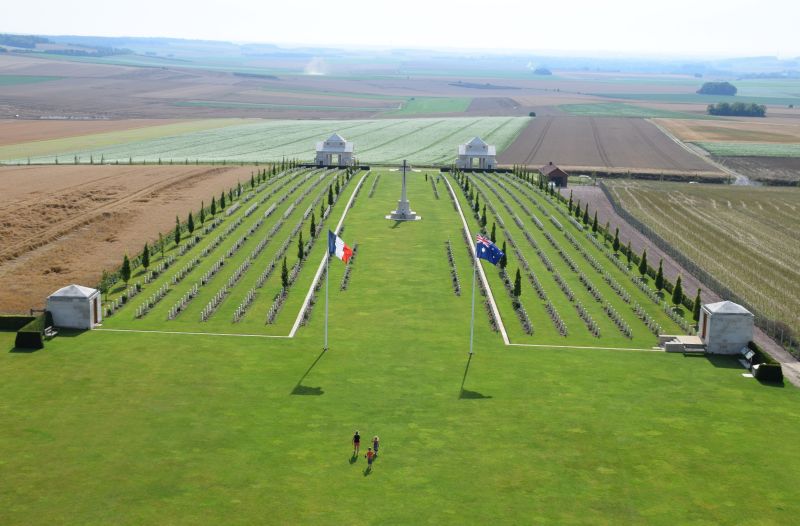 Next day was a mere 60 minute drive to our old stomping ground of Abbeville, where Chelle and I lived for 7 months in 1999…

2 Responses to War and more…