This post comes to you from the depths of north east Germany.  It’s morning, we are surrounded by snow and, despite the locals assuring us it’s been a very mild winter it’s currently -12.5 outside, lightly snowing and the big, fast flowing river we parked next to last night has frozen over! 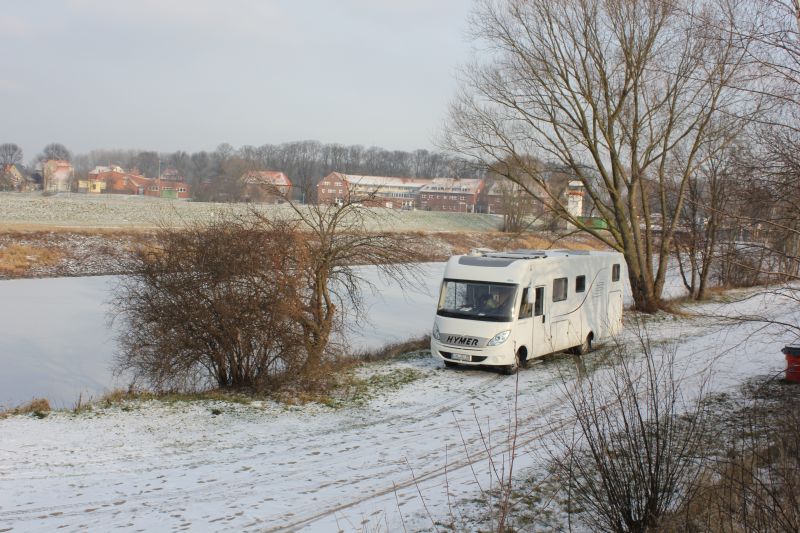 However our first night in the Frosty (yes, named the van  thanks to the kids)  has been nice and cosy – kids are still sleeping as I type, Chelle & I are enjoying a cup of tea and we’re looking forward to checking out our surroundings when it gets light (if it ever will) 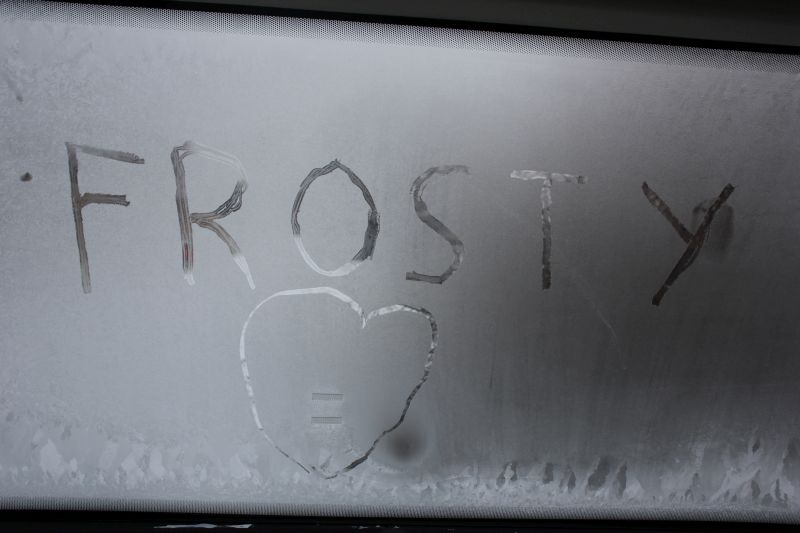 That’s thick ice on the INSIDE of the windscreen!

So we finished off Paris in style, with a visit to the Jardins de Luxembourg for a wander around and a play on the great kids park then some ice-skating at the Hotel de Ville just near where we were staying. 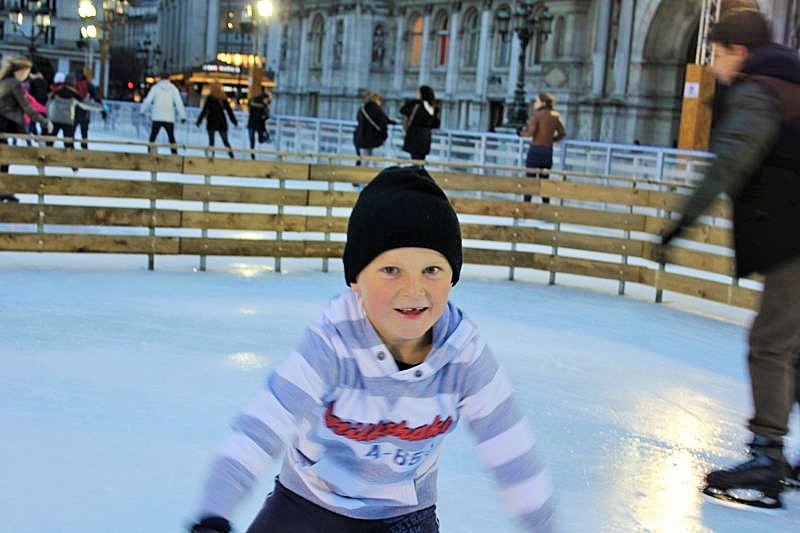 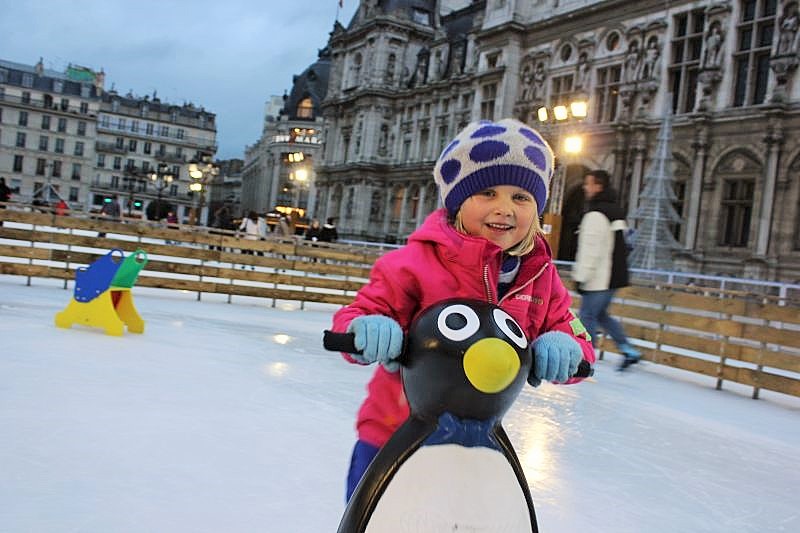 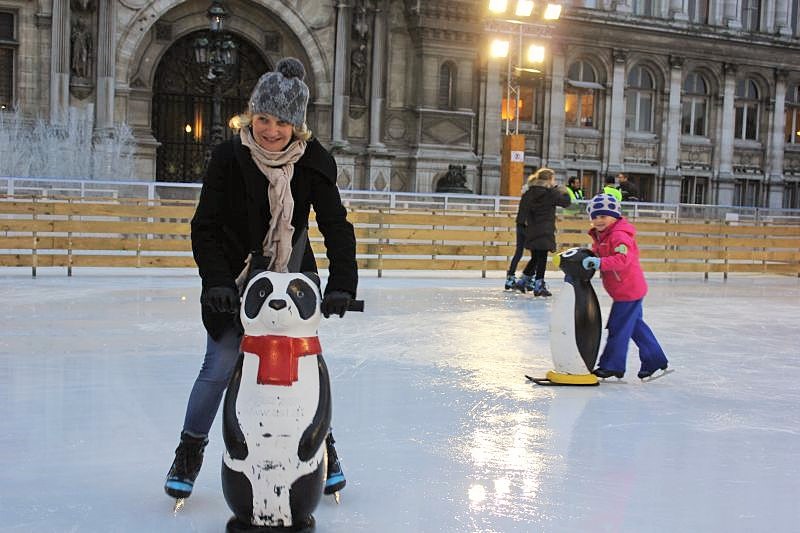 However the relaxing day turned to a massive stress when we left it a little late for our run to the station and getting on the overnight train in time.  However after lots of huffing and puffing, splitting up and relaying massive bags between teams we got there in the end.

We slept like logs with the only interruption at about 3am when a policewoman busted through the door shining a super bight torch on us and demanding in German where we were from and our ID.  However Chelle implored her to think of the poor Kinder, for the love of God… and she relented which was a good thing as I had no idea where anything was.

But we slept a little too well as our train stress was relived as we woke 5 mins from arrival and had to frantically pack the bags, get dressed and prepare to get off the train at Hamburg Hbf before it took off for who-knows-where in Europe.  Might not sound hard but with two kids and bags so big they scarcely fit down the corridor it was a rude awakening.

After more hustling to and fro, (no trolleys again) we met up with Manfred, the guy from the campervan place who had come to pick us up.  Naturally he was at the other end of the station to us so it took a few phone calls and a tannoy announcement to connect us.

Manfred got us to the depot, incident free although I was rather tense as he got up to 170km/hr on the icy Autobahn! 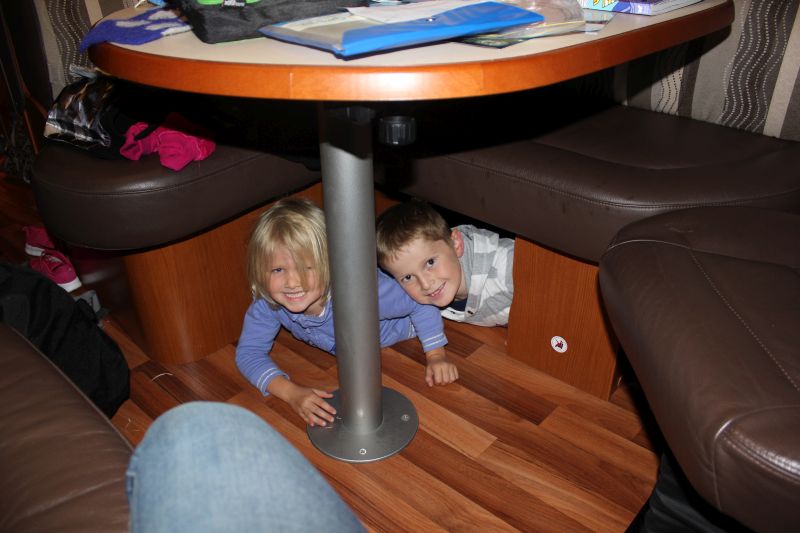 More stress as I started driving the bloody thing but between shouting, right-hand wheels on the verge and all of us holding our collective breath as we passed the trucks, we got to our destination – a deserted Stellplatz – remote but happily within walking distance of a brewery! 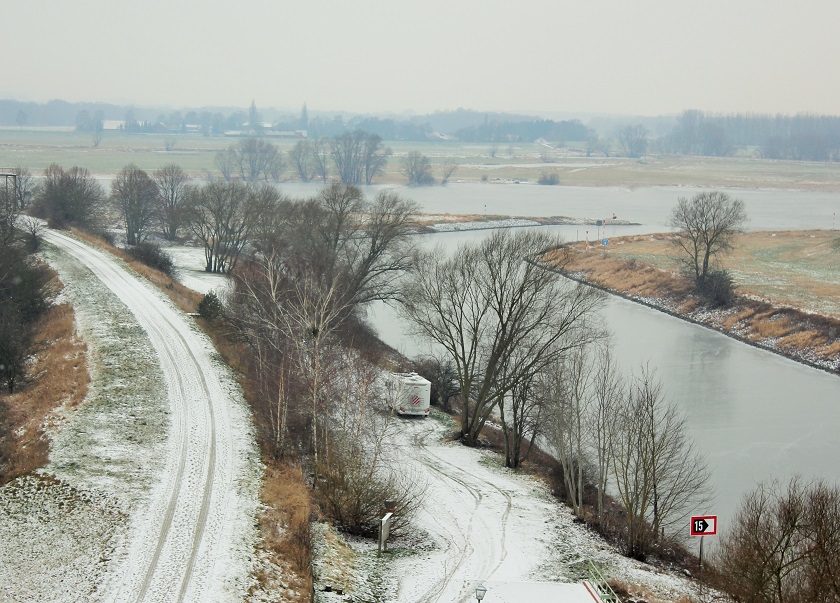 Turns out no one camps in northern Germany in the winter so all campsites are closed and we may well be the only visitors at many of the overnight stops like this one. 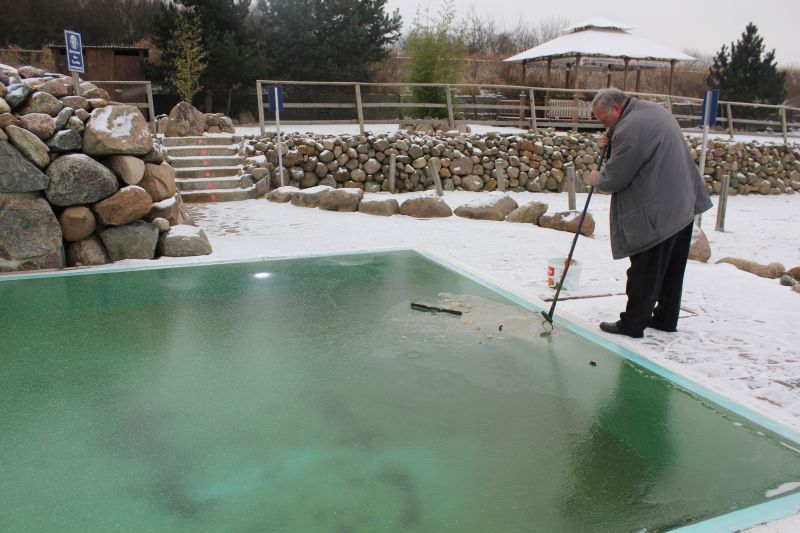 But a good start all things being equal.  Supermarket not taking visa or Mastercard was a surprise and quickly caused a long and embarrassing queue as Chelle ran back to the campervan to scrounge out every remaining Euro to pay the bill.  An air raid siren was also unexpected last night but it made staying in Germany feel very authentic and my beer freezing in the garage was also not ideal.  The ‘no poos’ rule has been violated 3 times already.  But we made it with no crashes (although the roof did scrape a tree – hopefully no damage to the solar) and we’re cosy and warm… except for Chelle who’s just gone for a jog in -12.5 degrees!

4 Responses to Picking up Frosty and First Night